comes from Latin and is a term that is used when a Pope dies. During the time that there is no Pope the "Chair of Peter" is empty or vacant. Sedevacant literally means "empty chair". Traditional Catholics realize that the changes that have occurred in the Catholic Church since 1959 are wrong. These changes have been condemned by previous Popes, Councils, and Doctors of the Church.

Traditional Catholics also realize that the Catholic Church and specifically a Pope cannot contradict a previous Pope or a Universal Catholic Teaching. If anyone, even a Pope, would try to do this they would be guilty of heresy and if they knew that they were contradicting Church teaching they would cease to be Catholic by that very act. No Pope or Ecclesiastic body is necessary to proclaim it. Since this was done after 1959, the only possible explanation is that the last 6 "Popes" and the "Church" that they represent are not Catholic. A "Pope" who is not Catholic is not a Pope. Since there is not a Pope then the Chair of Peter is empty or sedevacant. It has been that way for over 50 years.

Only Sedevacantism preserves the purity of the Mystical Body of Christ, His spouse, the Holy Roman Catholic Church and all of its teachings. 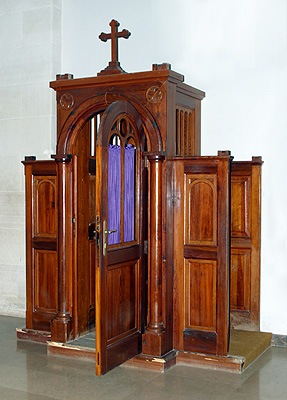 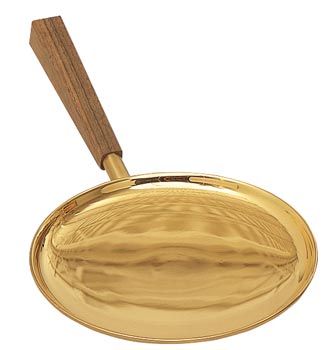 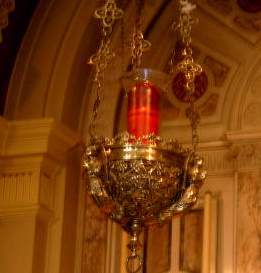 Disregarded a Sacred Oath that he had taken,

Embraced Heresies that he knew were condemned,

Changed his Faith to suit his needs,

And refused to cease in his errors,

Would he still be Catholic?

If you find this hard to believe, consider this:

Therefore this is why the church in Rome is not the Roman Catholic Church.

It is a Conciliar, Novus Ordo, Modernist-Reformed Church promoted by:

"for unless there come apostasy first.."

Click here to read how Catholics know this is true. 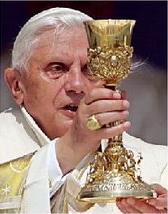 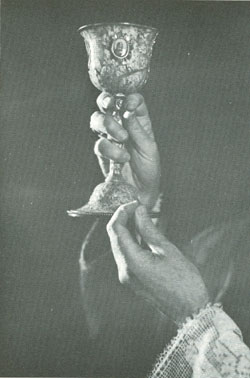 Can you tell who believes in the Real Presence of Jesus Christ?

When opening today's paper, it may be difficult not to find an article about some scandal or abuse within the Catholic Church. Anyone calling themselves Catholic will surely feel a sense of incredulity while reading the article. Once more the general public sees that, after all, there really wasn't anything "special" about the Roman Catholic Church. And truth be now told, it appears that it was apparently far worse than any of its "competition".

The "old-timers" are even more scandalized; those that were born prior to 1950. For they remember some of their Catholic Instruction and now may speculate that, contrary to what they were told, there really was no "protection from the Holy Ghost". Or that the Catholic Church, as being "unspotted" or "un-blemished", sounds pretty ridiculous now.

They feel guilty for being Catholic, and of possibly thinking themselves so high-and-mighty or elite, having layed out judgment and condemnations on those who were "not as good as us". What shame when listening to all the faults of the Church over the millennia and so many necessary apologies being given.

But could we all be deceived? Could the Catholic Church still be just as pure and unstained as She has always been? Never having any defect, never instructing falsely, and never judging wrongly?

What a coup for Satan and his minions if that were true! The apparent and complete removal of the Catholic Church as any kind of guiding force or moral touchstone. The elimination of the ONLY source of Eternal Salvation on Earth. With this persistent impediment gone, what limits are there to the corruption that can now ensue?

With the age of Enlightenment, men's intelligence and pride grew to a point where they were not smart enough to know how stupid they were. They questioned ancient Truths without enough Faith to guarantee right-reason. Their bias was not to use Scripture to understand the Truth, it was to interpret Scripture to understand their Truth. Almost identical to Protestantism, except they didn't leave. These corrupt moles burrowed into the Church. Their ideas were condemned every time they stuck their heads up. But the Church could not eradicate them, and they multiplied by infecting the youth in the seminaries. Until during Vatican II they burst forth in great numbers and with excellent organization. Their leaders who were formerly condemned apostates, were now brilliant theologians. They succeeded, with diabolical assistance, to do what no one thought could ever be done; destroy the Catholic Church (well, they almost succeeded).

This is in fact the sad reality. This catholic church is not THE Catholic Church. It is but a corrupt perversion that occupies the same buildings and dares to use the same name. Masquerading as that which was, for nearly 2000 years, but dramatically different from that which was, just 50 years ago.

Many enemies of the Church, provoked and inspired by Satan, have sought Her demise since Her beginning. Her latest enemies; the Communists, Freemasons, Protestants, Jews, Scientists, and those "Enlightened' have tried by various means, to discredit, undermine, allure, dilute, reason, fabricate, and deceive in an attempt to weaken the Catholic Faithful and influence a more moderate and reasonable stance within the Church or else destroy Her completely. From these external attacks the Catholic Church has always endured and was even strengthened in Her resolve to resist the evil onslaught. But all of these unsuccessful attacks were peripheral and unable to affect the indefectible core of the Catholic Faith. While it is regrettable that some Catholics succumbed to these evils and fell away. It has always been impossible, and still is, for the Catholic Church to embrace error.

What is so different in this latest and truly greatest attack was the aim. They aimed at the top, brilliantly capitalizing on and manipulating the newly defined "infallibility" from Holy obedience demanded submission of the body of the Church, and to the head of the Church, the Pope, the representative of Christ on Earth. And the Pope cannot error. And the Magisterial body, the teaching body, cannot error. Therefore what was necessary was to frustrate the protection of infallibility from God. Without Divine Protection a counterfeit Pope could error, could lead astray, and could ruin. Once installed this Papal Usurper would, at least theoretically, be able to alter the straight and narrow course that the Church has followed, and allow for multitudes of Catholic lemmings to follow this Pied Papist over the precipice and into the abyss. Those with courage to resist this infected head, would be cut off from the body, or they would yield when threatened with such.

The details of how it managed to occur is debatable at this point; that it occurred, is not. All the necessary evidence surrounds us. These things that are, could not be unless either the Pope or Papal Infallibility cease. Since there is absolutely no possibility of a fallible Pope, there is absolutely no way that the man sitting in the Chair of Peter is Pope.

It is a mystery how so many are lulled into supplication, while apparently all around them "it stinketh". Do they really believe that they are unaffected......, un-sullied......, or un-contaminated? Are they only mildly disgusted, while taking advantage of new found freedoms, ease, and liberalities? Do they not realize that even if they are somehow miraculously preserved from stain, there is still a tremendous scandal that they become party to? For those not blessed with the knowledge of "the way things used to be", will see these harbingers of Faith as acquiescing to and participating in the changes. And by their cooperation with error they become complicit to it and the effect that it has on future unsuspecting generations.